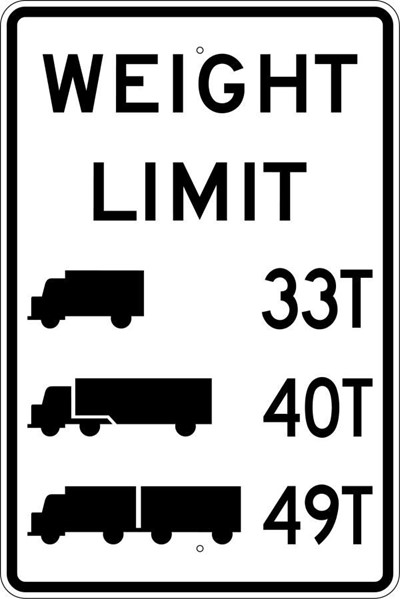 Some say the importance of traffic signs is pretty self-explanatory: roadside signs restrict oncoming motorists from heading into opposing traffic, warn of upcoming hazards, and inform drivers of local regulations and laws.

But many take their versatility and impact for granted. Yes, effective road signage can often change drivers’ behavior without them realizing, but ineffective signage will fail to influence decision-making behind the wheel.

We’ll go over the pitfalls of sign design, including certain attention-grabbing techniques that’ll keep people safe – and on the road happy.

How well do highway signs work in the first place?

This is a tricky question. Road signs tend to work when the cost of compliance is high. Within a split-second, drivers make what is essentially a cost-benefit analysis. If they sense that slowing down will lengthen their commute or hamper the thrill of high-speed driving, then motorists will often disregard warning signs.

There is also the perception of danger. In a paradoxical twist, those with more experience on the road quickly begin to disregard traffic control signs, associating certain high consequence events with rare occurrences. “Deer Crossing” signs are a good example of how desensitization can occur when the frequency of such events is low, but the number of signs referencing the event is high.

So, your answer: mostly, but it depends on the situation.

How can I stop motorists from ignoring my traffic signs?

How many times have you passed by a “falling rocks” sign, feeling apprehension but slight confusion on how to proceed? What do they want you to do, turn back? Is it some sick scheme to make you aware of your impending death before rocks come tumbling down onto your vehicle?

Effective road hazard signs communicate how to negotiate obstructions ahead. In addition to describing the hazard, adding the statement, “In the event of a rock slide, move to innermost lane,” could catch the attention of a driver while easing their fears.

To prevent DUIs, officers and municipalities often place LED signs that deliver messages such as, “It’s not worth it,” and “Drive high, get a DUI.” Despite the obvious catchiness of rhymes and slogans like these, they often remind drivers of the consequences of their actions.

Simply putting a situation into perspective can help drivers realize the potential downsides of ignoring signage. Driving recklessly to reach a meeting a few minutes earlier is not rational behavior, but humans often lose sight of what is and isn’t a smart tradeoff.

A study performed by the Journal of Consumer Research found evidence that adding “dynamism” –a greater amount of depicted action – caused drivers to react quicker and scan their physical surroundings more thoroughly. For instance, a static photo of a horse instigated less of a response from motorists than an icon of a horse in mid-stride.

While many traffic signs already depict images in motion, local governments and businesses can implement this principle almost anywhere. Children and pedestrian crossing signs are often ignored by drivers, so adding a figure running rather than walking can limit speeding in parking lots and business parks more successfully.

In geographical areas where sleet, snow, and rain can affect visibility, traffic signage needs to be seen from a safe distance. Drivers tend to panic when they can’t see the lines of the road, or signs about upcoming hazards.

HIP (High Intensity Prismatic) signs can be seen from 100 or more meters away. Durable, as well as highly reflective, these signs can improve driver reaction times and prevent collisions.

And if you’re concerned about the environment, they also produce 97% fewer VOC (Volatile Organic Compounds) emissions. Go green! Well, unless you’re ordering a stop sign – you may want to stick to red instead.

The more signs the merrier. But there’s science to back this notion up. Cognitive priming is a method of preparing your unconscious mind that a sign will appear, so that your conscious mind can pay attention to other variables on the road.

You would think a sign preparing you for another sign would be a tad redundant. But the research suggests the opposite: that repeating signs have an automatic priming function, improving your driving performance while you go about your daily drive, completely oblivious.

Using capital letters in signage is like applying bold font to a document: if you exercise your power to emphasize with tastefulness, understanding key points in a wall of text becomes a breeze; but if you bold the whole document, you reader will suffer from eye-strain. 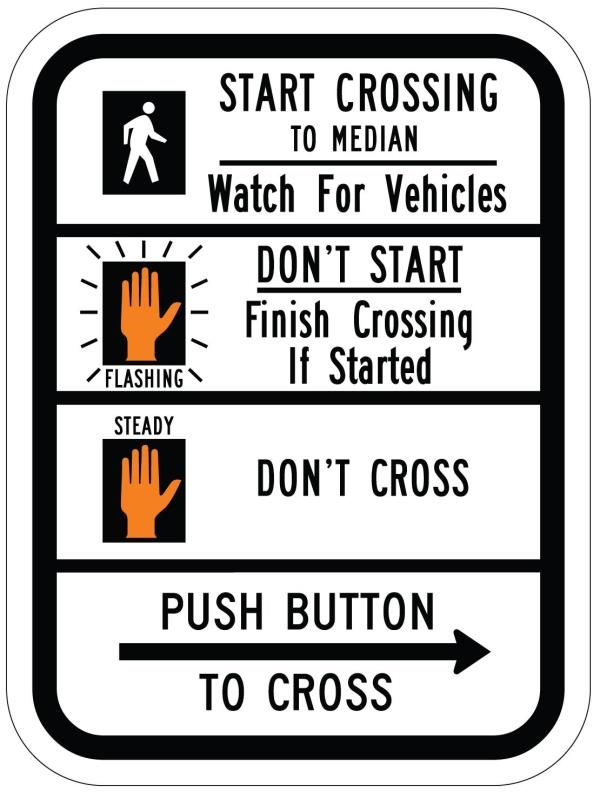 While the temptation to design your sign IN ALL CAPITAL LETTERS is alluring, scientists have found that the mind processes information faster if only a few capitalized letters are woven into your text for visual cues.

Twelve years into the switch from Highway Gothic to Clearview on government road signs, the FHWA (U.S. Federal Highway Administration) decided to revert back in 2016.

Turns out that studies asserting Clearview was more legible were compromised. Drivers may have simply been able to read them better because older, dirtier signs were replaced with new ones.

For the time being, it’s probably better to stick with what has been the gold standard for at least half a century.

Why does it all matter?

34,000 people in the U.S. die every year in traffic accidents, and you can bet that a fair amount of those resulted from ignoring traffic signs. Effective road signage saves lives, prevents property and vehicular damage, and improves traffic flow. Don’t leave something so crucial to chance.

For more professional tips and tricks involving traffic signs, you can rely on the experts at Image360 Central New Orleans.

You may be wondering: “How else can I improve my road signage?”  Here at Image360 Central New Orleans, we offer a free onsite assessment that’ll help guide you through the process. We have an array of Traffic Control Signage for all applications and budgets. And if you’re looking for MUTCSD-approved Street Name Signs that are custom-tailored to fit the needs of your campus or community, our team is dedicated to finding a unique solution. Learn more about what Image360 Central New Orleans can do for you. To get started, contact us today.

what our customers say

Mr. Dale Joseph was a pleasure. From our initial contact, he was warm, professional and a joy to work with. He completed our project with the upmost excellence. He went above and beyond to ensure that we were completely satisfied. We will purchase again in the [future].

Very please with the speed to the initial inquiry, proposal and manner in which the rep handled the unique circumstances regarding multiple entities involved.

Burl was a pleasure to work with. He was very transparent throughout the whole process.

1903 Poydras Street, New Orleans LA 70112
REQUEST A QUOTE OR CONSULTATION
sign up for our e-newsletter

©2020 Sign & Graphics Operations LLC. All rights reserved. The trademarks and copyrighted designs contained herein are the property of the respective owners. Image360® is independently owned and operated. Image360® Centers may or may not perform or offer to perform electrical and/or installation work. If your local center does offer these products and/or services, it is their responsibility to comply with all state and local licensing and regulation code requirements. Your local Image360 can inform you if they perform this work, and if not can refer you to another qualified entity.